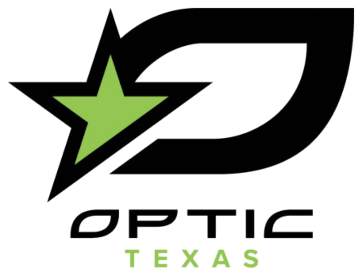 OpTic Texas (formerly the Dallas Empire) is an American professional Call of Duty League (CDL) esports team based in Dallas, Texas. OpTic Texas is owned by OpTic Gaming. Dallas was announced as one of the first five cities to host a CDL team.

On May 2, 2019, Activision Blizzard announced that Envy Gaming had purchased one of the first five franchise slots for the Call of Duty League. According to ESPN, the publisher was looking to sell slots for approximately $25 million per team. Starting on October 14, 2019, and over the next 5 days Dallas announced their starting 5 man roster culminating with the announcement of their branding, the Dallas Empire. On August 30, 2020, Dallas Empire won the 2020 Call of Duty League Championship. On September 1, 2020, Clayster announced on his Twitter account that he would go into the 2021 as a restricted free agent as a result of the Call of Duty League moving back to a 4v4 format.

The team started the 2021 season well, finishing 2nd at Stage 1 and 3rd at Stage 2. However, during Stage 3 the team announced that Huke would be moved to the substitute position with FeLo joining the starting roster. Following a disappointing 7th/8th finishing during Stage 3 the team announced another change to the team's roster with Vivid being acquired from the Los Angeles Guerrillas, resulting in FeLo once again being moved to the substitute position. The team showed improvement, resulting in a 2nd finish at Stage 4 after a 5–4 loss to the Atlanta FaZe in the Grand Finals. This result was followed up with a 4th finishing during Stage 5, resulting in the team finishing 3rd in the Regular Season standings. At the Championship Weekend the team finished 3rd following losses to the Atlanta FaZe and Toronto Ultra. After the end of the 2021 season the team announced announced Ian "Crimsix" Porter and Reece "Vivid" Drost would be leaving the team with both players becoming a Restricted Free Agent.

Ahead of the 2022 season, the team was renamed to OpTic Texas following the merger of Envy and OpTic Gaming.

In November 2021, it was announced that Envy Gaming would acquire the OpTic Gaming brand as part of a merger. OpTic Gaming leader Hector “HECZ” Rodriguez joined the combined companies’ ownership group and was to serve as President of OpTic Gaming. This also brought the OpTic Texas roster for Activision Blizzard's Call of Duty League into the Envy family.

In June 2022, it was announced Envy Gaming would retire the Envy brand, and fully become OpTic Gaming, thus moving the ownership of the OpTic Texas brand officially under the OpTic Gaming banner completely.