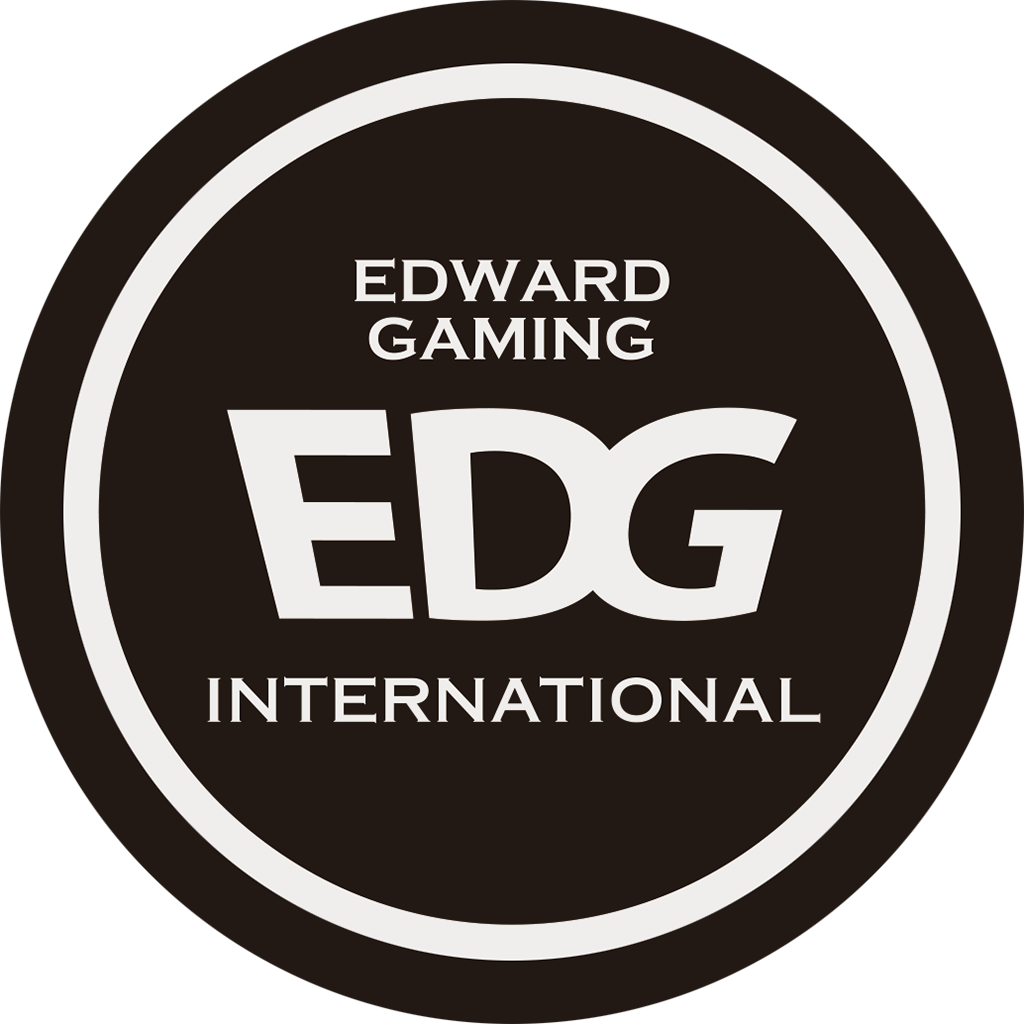 Edward Gaming (EDG) is a professional esports organization based in Shanghai, China.

EDG's League of Legends team competes in the League of Legends Pro League (LPL) and plays home games at the Shanghai Electric Industrial Park. It is the only LPL team to have won both the Mid-Season Invitational and the World Championship, in 2015 and 2021 respectively.

Edward Gaming (EDG) first entered the professional League of Legends scene in September 2013. EDG secured a spot in the 2014 LPL Spring Split by acquiring the slot of LMQ, which had left to compete in the 2014 NA Challenger Series. EDG's first acquisitions were Jie and former Positive Energy AD carry NaMei, who both signed with the team on 10 February. Soon after on 12 February, they acquired former World Elite players ClearLove and fzzf as their jungler and support, as well as Koro1 as their top laner.

On 29 April, EDG placed first at the 2014 International Esports Tournament in Yiwu, Zhejiang.

EDG gained a reputation as a "super team", emerging as the champions of the 2014 LPL Spring Split on 25 May.

They continued to perform well into the 2014 LPL Summer Split, finishing in first place in both the regular season and playoffs. In the finals of the playoffs on 24 August, they defeated OMG in the LPL Spring Final on 24 August. In addition to their LPL success, EDG also found success in other events, finishing top two at every major tournament they competed in. EDG won the 2014 China Regional Finals on 7 September, securing the first seed from China at the 2014 World Championship. However, EDG underperformed at the World Championship. The team tied for second in their group with ahq e-Sports Club and ended up losing to fellow LPL team Star Horn Royal Club 2–3 in the first round of playoffs.

On 4 January, NaMei left the team and joined Star Horn Royal Club. On 15 January, the day before the beginning of the 2015 LPL Spring Split, fzzf announced his retirement. He was replaced temporarily by Mouse, who played with the team at the G-League 2014 Finals, and in the first two weeks of the LPL Spring Split.

On 16 January, EDG started a Hearthstone division with lvxiaobu, yutian and longshi.

From week three of the split, Meiko played as the team's support. On 26 April, Reapered joined as a coach. EDG finished first in the 2015 LPL Spring Playoffs, defeating LGD 3–2 in the finals. EDG's LPL Spring title qualified them for the inaugural Mid-Season Invitational.

EDward Gaming beat SK Telecom T1 in the finals of the 2015 Mid-Season Invitational and were crowned as the tournament's inaugural champions.

At the 2015 World Championship, EDG lost in the quarterfinals to the European team Fnatic 0–3.

In January 2016, in the 2015 GHL Storm Hero Gold Finals, EDG lost to eStar 2–4 and finished runners-up.[] In June 2016, EDG E-sports Club officially announced the suspension of the Storm Hero Project.

EDG qualified for the 2016 LPL Summer Playoffs thanks to their placement in the regular season. EDG lost to RNG 0–3 in the 2015 LPL Summer Final and received the second seed for the LPL at the 2016 World Championship.

EDG tied with AHQ after the group stage, and the former qualified for the quarterfinals after beating the latter in a tiebreaker match. On 16 October 2016, EDG lost to South Korean team ROX Tigers 1–3 in the quarterfinals and was eliminated from the tournament. In the Demacia Cup held in December 2016, EDG defeated RNG 3–1 and advanced to the finals. In the final, EDG defeated the I May and set a record of five consecutive tournament championships by an LPL team.

In April 2017, EDG lost to RNG 1–3 in the LPL Spring Playoffs semifinals and followed up with a 3–2 victory over OMG, finishing third. In the LPL Summer Split, the EDG defeated Invictus Gaming (IG) in the second round of playoffs to advance to the finals. In the final, EDG defeated RNG to win their fifth LPL title and qualify for the 2017 World Championship. EDG was eliminated from the 2017 World Championship after failing to place top two in their group, ending with a 2–4 record.

In 2017, the club officially established EDG.M as its mobile division and acquired the original 2016 World Cyber Games champion roster.[] In the Kings Glory Champions Cup, EDG lost 2–4 to the Qiao Gu Reapers in the quarterfinals.

In July 2017, EDG and Tyloo announced their new strategic partnership, stating that they would jointly train new players and help cultivate CS:GO talent in China. In November, the two teams created a jointly-owned PlayerUnknown's Battlegrounds team.

On 7 January 2018, EDG won the Demacia Cup Winter with a 3–1 victory over Snake Esports.

In the 2018 LPL Spring Split, EDG advanced to the playoffs after finishing first in the regular season, defeating Rogue Warriors before losing to RNG in the finals and finishing runners-up.

On 4 May 2018, EDG announced the completion of a nearly ¥100 million Pre-A round of financing, with the joint lead investor being the China Idol Entertainment Industry Fund, which is dominated by Capital and CIC Zhongcai.

EDG won the 2021 World Championship, and became the first team to do so while playing three full best-of-five series.[]